So ends one year, so begins another. (And a Contest)

Here in Nebraska, we're down to a few remaining hours of 2012.  I've often caught myself a little sad on New Year's, looking forward to the next year but kinda bummed to see the previous one end. This year, I don't really feel that way.

2012 wasn't a bad year. In fact, it was a great year. It was my first year back in the States. Spent quite a bit of time with my parents for once, since I visited them in Seattle, went to Maui with them, and they came to visit us here in Nebraska. After living away from home for nine years, it's nice to be able to see them more than just once in a blue moon.

Just a couple of weeks ago, my husband and I celebrated our ten-year anniversary. Where does the time go, right? Love you, Eddie! Here's to a few more decades of shenanigans!

Careerwise, it was a great year. I made my goal of 1,000,000 words, and released 10 novels, 4 novellas, and 3 short stories. I joined forces with Marie Sexton and Heidi Cullinan for the Tucker Springs series. 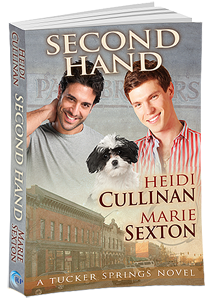 I also got to go to some conferences in 2012, where I had the privilege of meeting a number of amazing authors, readers, reviewers, bloggers, editors, cover artists, and snarky bartenders. I put some faces with names, and had an absolutely amazing time. The only real downside to any of them was coming home from Authors After Dark with pneumobronchebolaflupox, which I maintain was the fault of Typhoid Damon the Suede. Jerk.

I had the tremendous honor of being a finalist for several awards, including the Lambda Literary Award and the Epic Awards, and even managed to win a few. 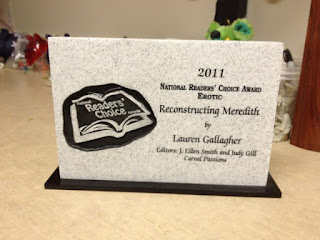 Stuff like that seriously blows my mind. Being an author has always been my dream, and even three years after my first book was published, it's still mind-boggling to be living it. Five years ago, I was a miserable customer service representative, wondering where my life was going and why it was going there without me, so to be a full-time writer surrounded by amazing people is... folks, I make my living putting life into words, and I still can't come up with the words to describe what I feel about the way my life and my career have turned out. I may never make millions, or see my name on the NYT Bestseller List, but I get to live my dream, and that's something I'm grateful for every minute of every day.

And as a bonus, the world didn't end on December 21st.

Also, this picture happened at some point, and I nearly died laughing: 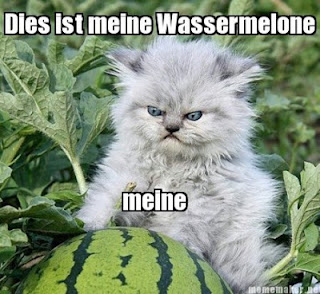 Which leads me to the single greatest thing 2012 brought us. 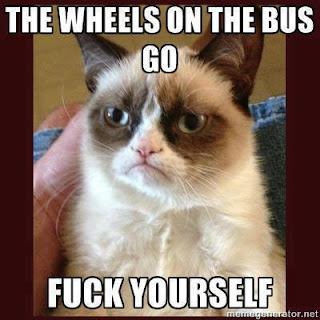 The year had its drama and its headaches, of course. What year doesn't?  It was an election year, which always blows donkey balls. There were events in the news I'm pretty sure I don't need to repeat.  There were good things, there were bad things, and all in all, it was anything but an uneventful year.

Why? Because 2013 is going to freaking rock.

There will be more books coming out, of course. I've got all kinds of things brewing for you, my awesome readers, even if it's not all on the Coming Soon page yet. I'm seriously excited.

As many of you know, I recently started collaborating for the first time. All the Tucker Springs books are written solo (except one Marie and Heidi wrote together), but in November, Aleksandr Voinov and I started writing together. That has been an absolutely staggering and amazing experience, one that has so far resulted in a novel, two novellas, a couple of shorts, and two more books currently in-progress. I can't even tell you how much I'm looking forward to working with Aleks in 2013, and I still might once in a while kind of have a fangirl moment when I see our names on a book cover together. 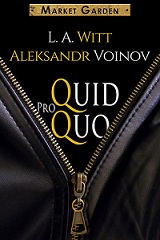 I'm also working with the lovely and talented Cat Grant on a contemporary military romance. It doesn't have a title yet, but stay tuned for details on that as 2013 goes on. 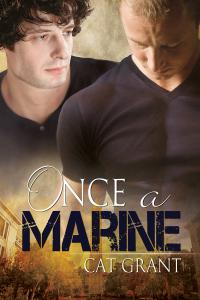 What else is coming up in the new year?  Eddie and I are heading to the UK for three weeks as part of a late celebration of being married ten years and not killing each other. There will be hilarity and shenanigans, no doubt, especially when we're causing chaos with Aleks. Expect pictures and commentary.

We're still waiting on confirmation from the military, but there's a good chance we're moving again this fall. Not 100% sure where, or if it'll happen at all, but fingers crossed.

NOW.  I promised a contest, didn't I?

And it's an easy one.  Just leave a comment with a highlight from 2012 (something you did that was exciting, anything), and something you're looking forward to in 2013.  That's it.