Wireless is available on Amazon and Kindle Unlimited. 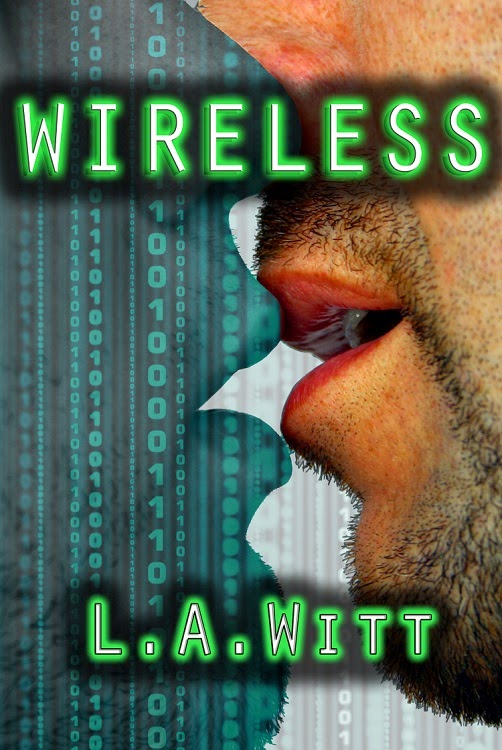 Skin to skin contact is illegal. Sex? A felony. Insulated suits and gloves keep people from even the most platonic touches. Citizens line up in droves at simhouses for their rationed, prescribed orgasms in virtual reality machines.
Keith Borden has worked in a simhouse for years, and he's never been tempted to break the strict no-contact laws… until Aiden Maxwell comes along. The attractive and dangerously flirtatious patient invites him into the seedy underground where people engage in real, wireless sex. Though Keith stands to lose his career and his freedom, he's curious and Aiden is irresistible.
From the moment he sets foot in the wireless lounge, Keith is in a world of flesh and fantasy. He's hooked. On the sex, on the atmosphere, and most of all, on Aiden. Years of keeping everyone in his world at arm's length have left Keith craving a human touch, and Aiden offers all the contact—scorching sex, gentle affection, and everything in between—Keith can handle.
That is, until an unexpected act of betrayal throws Keith's world into chaos, and he finds himself more alone than he ever imagined possible…
Posted by Lori W. at 4:03 AM