There's a story in there somewhere.

This is another "how I do things" post. Specifically, how to get the wheels turning when I can't think of a story, or I just need a little inspiration.

(Also: I am not taking credit for any of these photos. They're images I've collected over the years, and unless marked otherwise, I don't have the names of the photographers. I will gladly remove or credit upon request.)

I've mentioned before that I often use images of people as a starting point for my characters. In fact, I really can't write a story without having a photo of a person to represent each major character; just one of my quirks, I guess. But it isn't just people. Pretty much any picture has the potential to spark a story. Sometimes, I'll see an image, and I think, "There's a story in there somewhere." It's the writer's job to find that story.

Sometimes it's a setting. 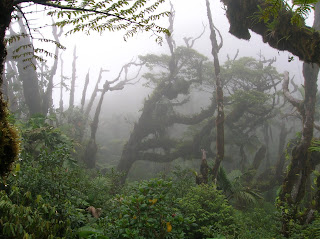 Play with that in your mind. Put a couple of characters in that photo, and let the wheels turn. Why are they there? What dangers do they face? How will they get out? Do they want to get out?

Just look at this image (by Jerry Reynolds Photography):

The architecture. The surrounding landscape. The atmosphere. Oh yeah, there's a story there.

And of course, sometimes pictures of people are good for this too. Look at a picture of one or two people, and ask yourself what's going on. 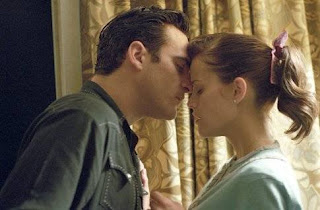 In this still from Walk The Line, anyone who's seen the movie knows what's going on and why, but put that aside for a minute and look at the picture outside of its context. Ignore the movie and the names (even though it's Joaquin Phoenix, who is liquid-freaking-distraction), and just look at the man and woman and the tension between them. He's moving in for a kiss, she's reluctant. Why? What led them up to this point? Is she hesitating because she really isn't interested in him, or is there something else holding her back?

Another example is this still from Women Talking Dirty... 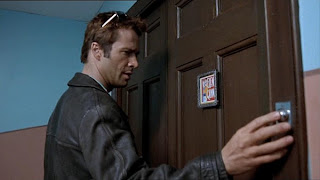 Now, it's not like I need an excuse to stare at a picture of James Purefoy (have I mentioned how much I love my job?), but this is as good a reason as any. Why is he at the door? Whose apartment/office/lair/bedroom/recording studio is it? Why does he have that particular expression? Does he want to be there? Does he have to be there? Is this the last place in the universe he should be?

In a way, it's kind of like asking yourself why Mona Lisa is smiling.

It's anyone's guess, but for the writer, it doesn't matter why she's really smiling. Forget the facts. Forget the speculation. Look at the picture and ask yourself why. Maybe da Vinci cracked a joke at an opportune moment. Maybe his fly is open and she's trying not to laugh. What's going through her mind? Where was she before she sat for the painting, and where will she go afterward? Does she want to sit for this painting? Are she and da Vinci shooting the breeze while he paints? Answer those questions. Run with those answers. There's your story.

But it can be even more basic than settings and people. Quite frankly, I find that the less the picture shows, the better. After all, the less I know, the more I get to make up. 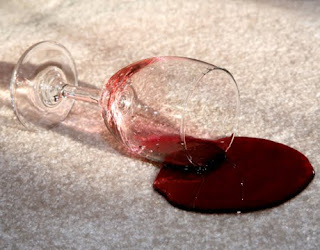 At first glance, it's just a picture of some red wine spilled on the carpet. Oooooh, exciting. But think about it for a minute. Then another minute. Whose hand was it in before it spilled? Did the cat bump it off the coffee table, or did someone drop it upon receiving some unexpected news? Was it knocked over in a moment or passion, or a moment of anger? It's just a glass of wine, but somehow, it ended up on the carpet.

Basically, it boils down to looking at an image of anyone, anything, or anywhere, and seeing where your mind takes you. Find the story no one else sees in that image. Don't just look at the picture and see the pretty face or the stunning view...look for the dots, and look for ways to connect them.

And speaking of wine and somehow ending up somewhere, I think we can all agree... 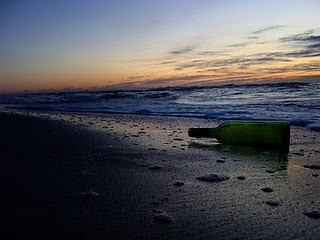