NOW AVAILABLE: The Only One Who Knows

The wait is over! Cat Grant and I are pleased to announce that our first co-written book, The Only One Who Knows, is available from Samhain Publishing. It can be purchased on Amazon and Barnes & Noble, as well as Samhain's website, and will be on AllRomance soon. And don't miss the sequel, The Only One Who Matters, due out in March! 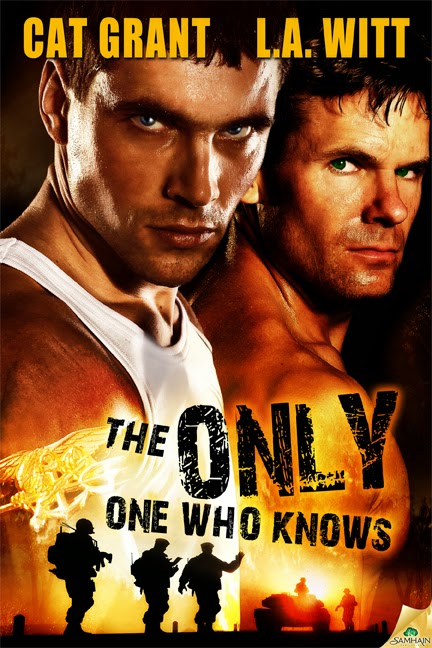 Bravery is being the only one who knows you're afraid.

The Only One, Book 1

When Navy SEAL training pushed Lieutenant Josh Walker to his limit, Chief David Flint’s stern heart-to-heart—more like boot-to-ass—helped Josh realize his potential. When the holidays found them alone together and sharing a mutual attraction, they couldn’t help breaking a few regulations. And nearly breaking some furniture in the process.

Years after their short-lived fling, Senior Chief Flint returns to SEAL duty and finds himself under the command of the man he’s never been able to forget: Lieutenant Commander Walker. And Josh hasn’t forgotten David, either. Rules be damned, they can’t keep their hands off each other.

Despite their discretion, another SEAL catches on and threatens to expose their relationship, forcing Josh to bend to a blackmailer’s demands to avoid strife within the team just before a dangerous mission. David is the last man he can confide in…and the first to pick up on Josh’s tightly screwed-down stress.

When a life-or-death decision calls Josh’s leadership into question, coming clean could cost him what he values most. His coveted trident…and the man he loves.

Product Warnings – Contains a pair of Navy SEALs who don’t like playing by the rules, scorching-hot sex between two Alphas who like to be in charge, cursing as only Navy men can curse, lots of camouflage and badassery in the wilds of North Korea, and enough emotion to sink a battleship.