Okay, so 2013 was not a great year when it came to keeping up with my blog. Understatement, I know. Quite honestly, it just came down to being incredibly busy as well as traveling a lot, which is totally no excuse for being a lame blogger, but there it is. Author fail.

So as I've mentioned in a few posts over the last few months, I'm basically calling this year's blogging efforts a loss and resolving to be more on top of things in 2014. More on that in a minute, but first, let's recap the parts of 2013 that didn't suck. Namely, everything besides my blogging.  Or if you want to skip ahead to the 2014 stuff, scroll down til you see the red text.

This was a year of traveling and co-writing. Sometimes both at the same time. I spent a total of six and a half weeks in Europe, most of that with the awesome Aleksandr Voinov. We explored London, spent a few days in Manchester for the UK LGBT Meet-Up, and visited Poland and Germany right in the middle of a ridiculous heat wave. Hey, HVAC companies? Get a foothold in the air conditioning market in Berlin. Seriously. You'll make a killing. The place has no A/C.

Anyway, in addition to traveling together, Aleks and I did a ton of co-writing. We released the first Market Garden book, Quid Pro Quo, back in January, and have been having a ball writing additional stories in that series. Four of them came out in 2013, and in 2014, we look forward to releasing Payoff and If It Drives in the very near future. Will there be more? Of course! Updates to come. (No, really, I will totally be updating my blog this time.) 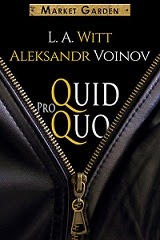 We're looking forward to the release of our suspense novel, Hostile Ground, and hopefully we'll also have our next World War II book finished soon, along with some cool fantasy/sci fi shenanigans we have in the works. I'm also currently working on a novel-length continuation of one of Aleks's popular books (with his blessing and guidance, of course). Expect details on that one around March, but I am so excited about it, I can barely stand it. Sooooon...

I didn't just join forces with Aleks, though. Since co-writing is ridiculously fun and surprisingly addictive, I've been plotting and scheming with a number of other authors for various joint projects. No details on those yet, since they're not set in stone, but there are several being batted around. Plus there is a new multi-author series in the works that's along the same lines as Tucker Springs. Exciting stuff that I can't wait to share!

As for unholy alliances that have resulted in actual completed projects, I've begun writing with both Cat Grant and Marie Sexton. Cat was actually the first one I started chatting with about a co-written book, but it was a little slow-going at first mostly because yours truly was insanely swamped during the first few months of the year. But Cat patiently waited for me to get things under some semblance of control, and in the end, we wrote two Navy SEAL books, The Only One Who Knows and its sequel The Only One Who Matters, both of which will be released by Samhain in early 2014. At the moment, we're writing a rock star novel  called Guarded, which we'll also release in 2014. 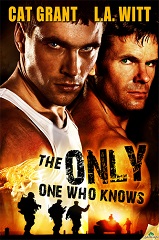 Marie Sexton and I have written a contemporary western novella called Roped In, which will be out sometime in April. We're batting around an idea for a sequel, but nothing's set in stone there yet. Definitely stay tuned for those updates!

And there were quite a few solo books out this year, but co-writing was 2013's new frontier, and I'm looking forward to continuing with my current co-authors as well as possibly adding a few others to the mix.

Speaking of collaborating, I've also joined forces with androgynous model Victoria Victor and photographer McCade Dolan of Cadeography to produce a cover for a not-yet-written transgender romance novel. We've already had one photo shoot, and the results were amazing. The second shoot (the cover has two images) is coming up, and I'm thoroughly excited to see how it turns out. Once the cover is finalized, I'll be writing the book based on the result.

Finally, I've moved into the realms of self-publishing this year, mostly to re-release some books whose rights have reverted to me. A few have been released already, including Light Switch and The Best Man, as well as World Enough and Time (formerly Until It's Over), and additional titles will be available again in 2014, including the Cover Me trilogy. 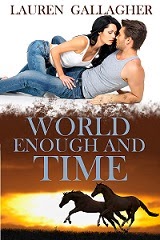 Speaking of re-releases, Static has been acquired by Riptide Publishing, and will be available in January. I adore LC Chase's cover art, but folks, she seriously outdid herself on this one. Just look at that thing: 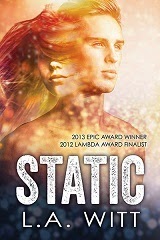 
First, let's talk about the blog.

The blog, which has been pretty much dead all year. NO MORE OF THAT! I've got a few topics and posts lined up on everything from conferences to writing techniques to random musings. All kinds of fun stuff. And as per usual, you can expect the odd rant when there's some kerfuffle or another in the industry or the genre Assuming I actually poke my head up and realize there's something going on in time to post a reasonably timely commentary on it -- I spent a lot of 2013 realizing something was going on, but the window of relevance had passed while I was facedown in something else. *sigh*

My other dead blog -- aka, my personal blog -- will be resurrected as well. That one's been a little quiet in part because of my total lapse in blog commitment this year, but also because it's kind of hard to write about Adventures in Navy Wifing when those adventures are occurring in Nebraska. Let's chalk that up to lack of material, shall we, and hope the Navy sends us someplace more interesting when we transfer at the end of 2014.

Back to this blog...  If you are an author looking to promote a book or need a stop for a blog tour/blog hop, please feel free to contact me and I'd be happy to host you.

There will also be some regular contests this year! Because contests rock. I mean, what's not to love? You win stuff!  "Stuff" in this case will include ebooks, signed paperbacks, and other cool prizes as I acquire them.

And speaking of contests and such, I'll be starting a newsletter in 2014.  I promise -- Scout's honor, pinkie swear, the whole nine yards -- that you'll receive a maximum of two messages a month. A monthly newsletter, and then one --ONLY one -- additional newsletter if there's something going on that's, well, newsworthy. You can sign up here, or at the upper left corner of my blog. No spam. Promise.